If you are from the Monongahela river valley area, no doubt you know about the Mon-Fayette Expressway.    Perhaps you have driven on sections even.  High speed surface transport from route 68 near Morgantown WV to Pittsburgh (well, close to), through Fayette, Washington and Allegheny Counties.  Slowly it is coming together, thanks to the recent opening of the WV portion, this widely unused expressway has always sort of interested me.

As a young spud commuting to California University Of Pa, I remember coming off the 2 lane Low Hill area of Rt. 88  and suddenly the road opened up into nearly 2 mile expanse of 4 lane divided highway that ended basically as quickly as it began.  I remember coming down the hill and entering this mainly deserted 4 lane stretch.  I would push the silver Chevy Chevette I was driving then at copious  rates of speed down the centerline of the north bound lane, imagining I was landing the Space Shuttle on some giant runway, then the timing belt broke and left me stranded, but I digress.


From what I was told back then, the road had been in the planning stages for years and this 4 lane, 2 mile stretch was completed in the early 1980's.  At the cloverleaf near Brownsville, you'd exit this strip and if you looked further north, you would see the barricades placed where the road ended into farmers fields.  Here, you would enter RT. 40 and continue to Brownsville, PA.    Continue down 40 towards Uniontown, PA and you would cross the Lane Bane Bridge, built surprisingly (to me), way back in 1960 as part of then the proposed Mon-Fayette Expressway.  Enter modern times and now the expressway is open as part of the PA Turnpike system, and the bridge is finally now realizing its special purpose.  The problem is, this bridge empties  into the outskirts and near wastelands of Brownsville and you have to go through a few blocks of traffic lights.  Not very express at an, indeed.


If you have traveled in this area in the past few years, you've no doubt noticed all sorts of construction in this area as the state is working on a solution.  Roads have been resurfaced, moved, built and rerouted to eliminate that pesky Brownsville problem.


Denbo, PA, an old patch town that was the housing for the once mighty Vesta 6 mine (now completely gone) was the site chosen where the expressway would now cross the Mon.  Last year I started visiting this site to document this bridge building project.   On my first visit, I took my bike w/ me and parked down by the derelict Pechins Marina and rode up to the construction area.  Being a Saturday, I thought it would be free of workers but I was wrong.  Turned out to not be a problem as I biked past the skeleton crew working that day as they either just disregarded me or gave casual waves.  As construction progresses, I will update this page w/ new images of the progress. 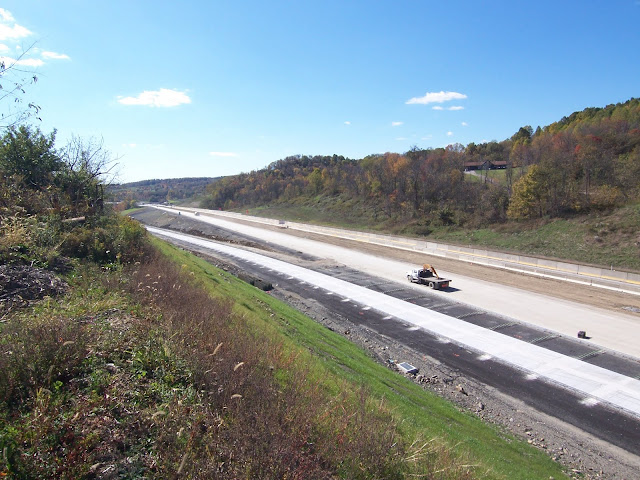 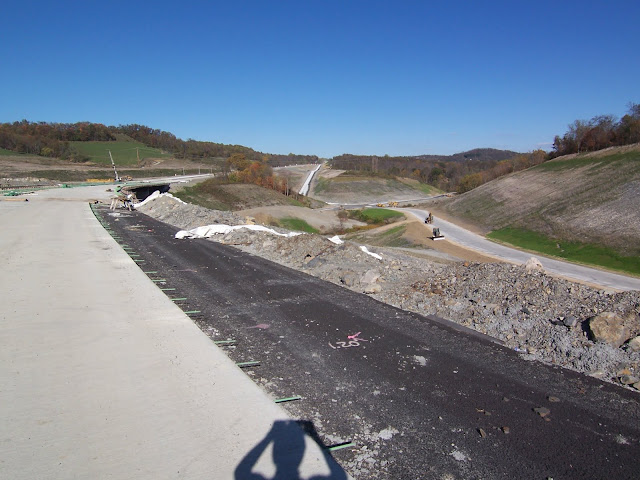 From this ramp, where the expressway crosses RT.88, I headed to the bridge site. 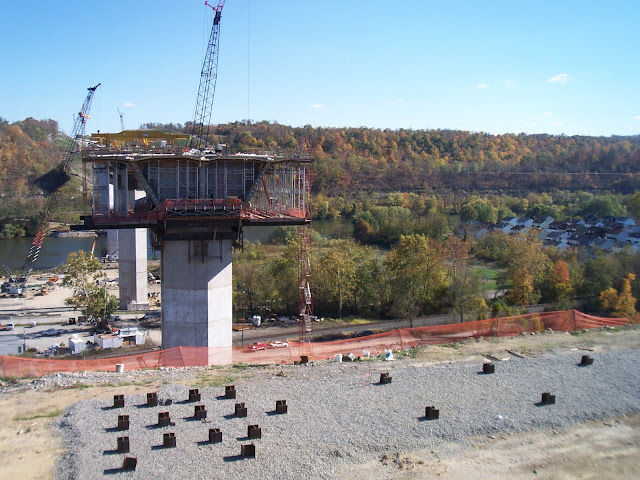 After I took the above shots, I headed on down the hill into the town itself.  The below pictures were taken in the fall of 2010. 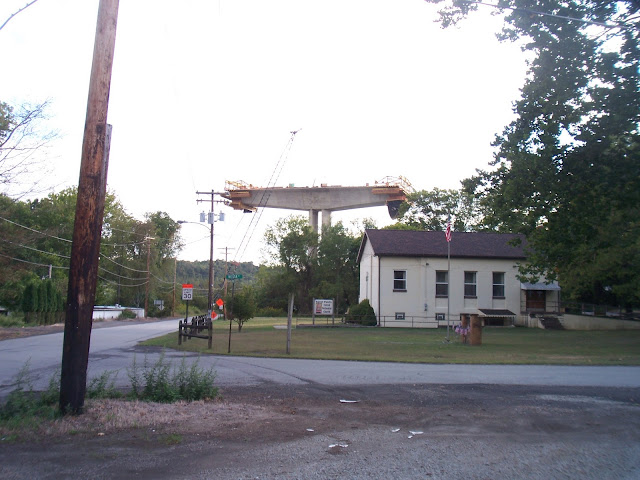 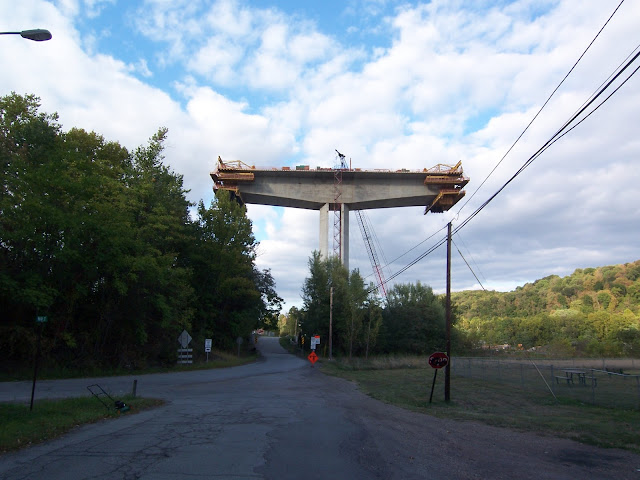 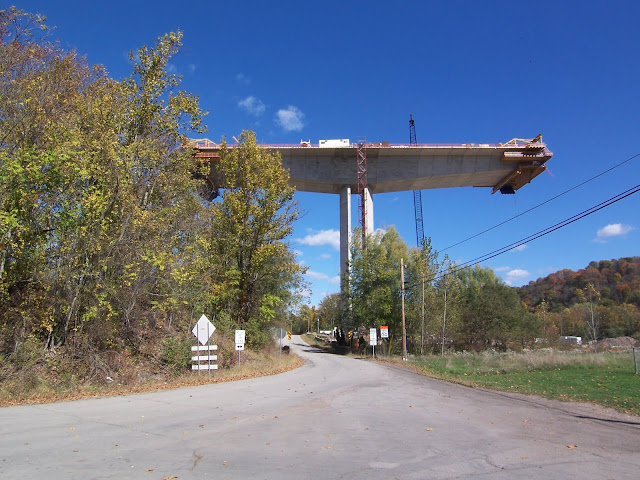 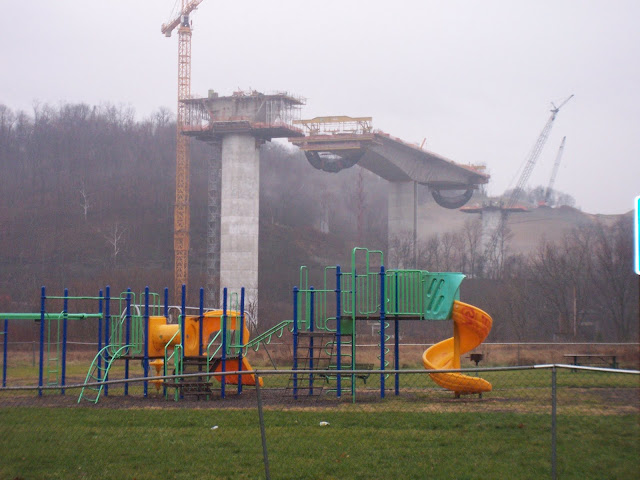 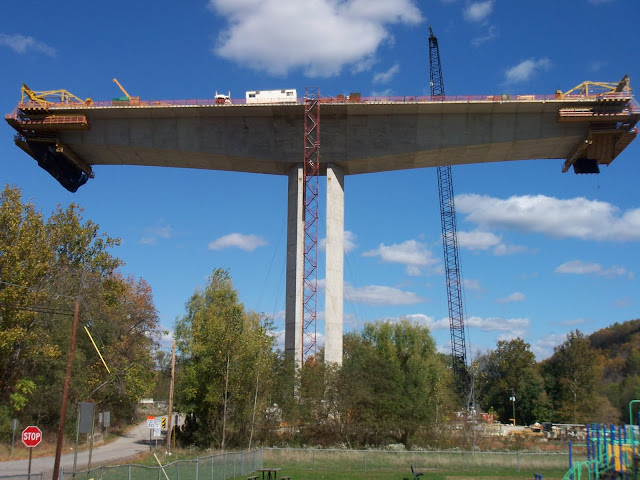 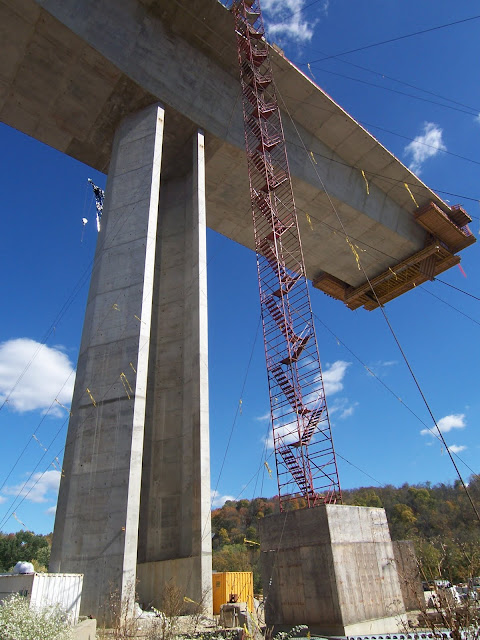 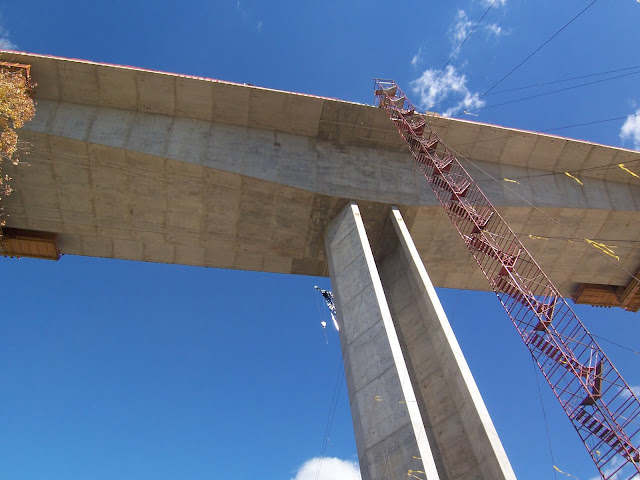 A few weeks ago, Danielle, Remy and myself stopped by to check out the progress from the past visit 10 months ago.  Note how the spans have grown.  This bridge is typical of bridge construction of this era.  Functional and utilitarian.  There are no trusses needed and I feel that takes away something.  On a side note, the new bridge at Point Marion, PA, veered from this new formula of bridge building, as it actually looks rather old.  The pictures below are from July 2011. 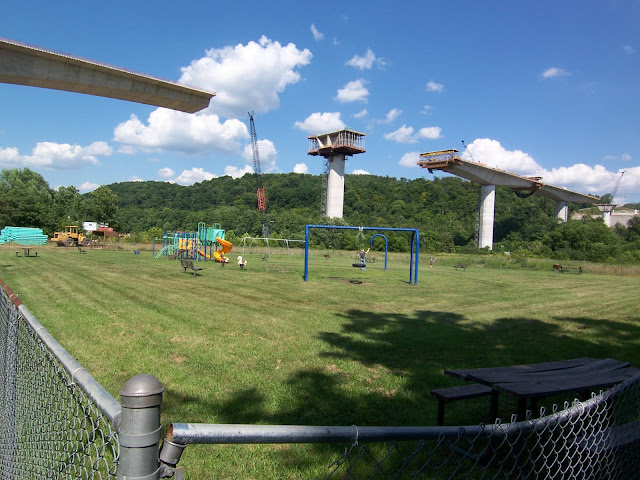 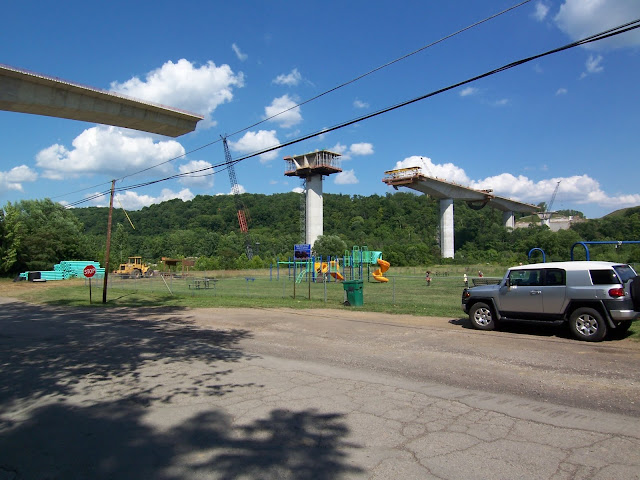 Work looks to be progressing quickly and I'd guess it will be open for traffic in less then 2 years.


Pictures will be added every few months, so check back again. 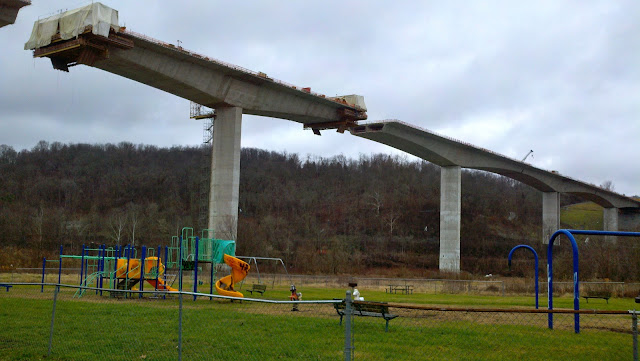