Well,  Its been a while since we've made a post but rest assured, we're still around! Evan and I headed out today with no particular destination in mind and wound up at a super cool spot. This post has something for everyone!  Fans of filming locations, railroads, bridges and just plain old beautiful southwestern PA countryside in the autumn. Today's post explores some locations from the 1991 Jodie Foster/Anthony Hopkins film The Silence of the Lambs.

Evan has been to this spot before so it was his idea to head back today. The weather was perfect so we decided to check it out. Its pretty easy to find and cool to know such a classic film was filmed so close to home!  Another lesser known (WAY lesser known) movie, Riddle,starring Val Kilmer was also filmed in this area. We'll touch on that a bit,too. 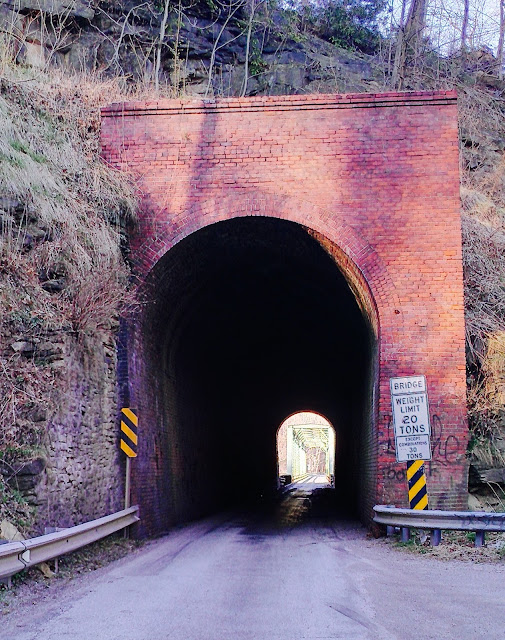 The movie The Silence of the Lambs was released in 1991 and won 5 Oscars. It is a fantastic film that has several aspects based on true events. Several locations in the Pittsburgh area were used, but we'll focus on the house that belonged to serial killer Buffalo Bill and the nearby bridge. The tunnel is in the shot where Clarice (Jodi Foster) is riding in the back seat of a car and she is discussing Buffalo Bill.

The Layton bridge was built in 1899 and served as a railroad bridge before being converted to a roadway in 1933. It seemed reasonably well traveled by car traffic in the short time we were there, so the locals keep it busy. It is, however, in very poor condition ( as you see in the video). Hopefully, it will be around for awhile as it is a really cool spot. The bike trail gives the best view. check it out if you can. 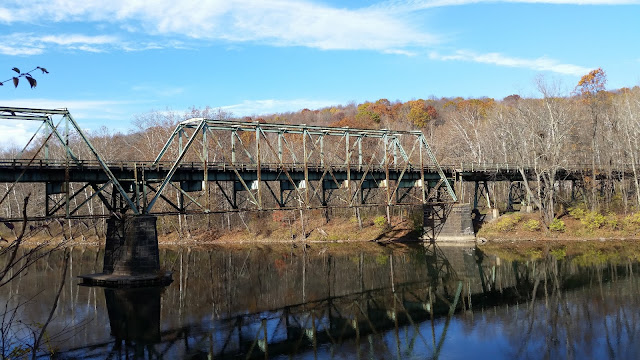 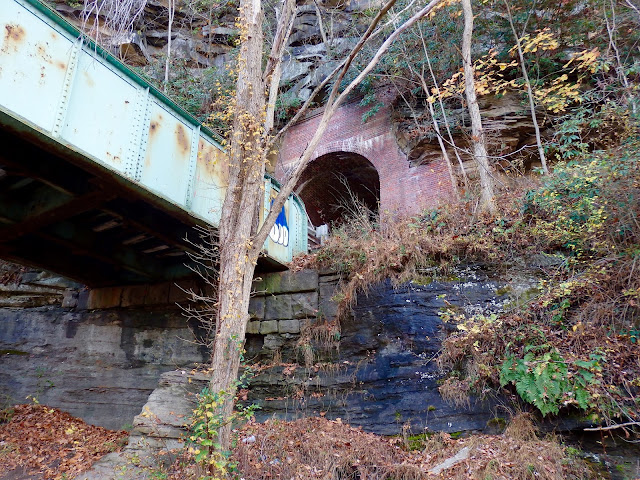 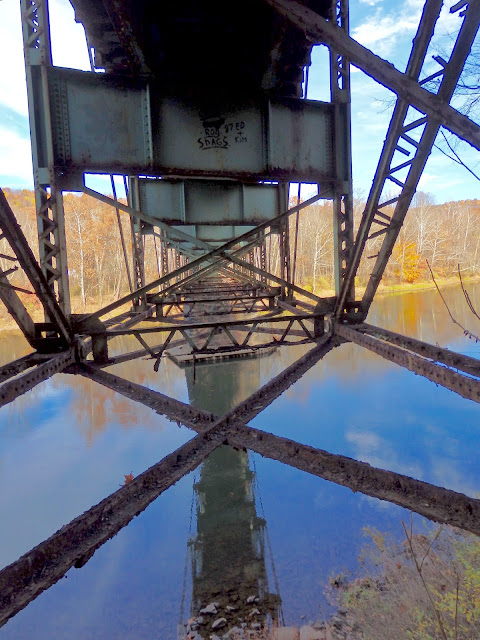 In the video I mention a long aerial shot in Silence of the Lambs, but after re-watching the movie, I believe the shot of the bridge and tunnel I'm thinking of was from Riddle. The bridge and tunnel can be seen in Riddle starting about the 24 min mark. She drives across the bridge and comes out in Brownsville...lol. Apparently, an episode of the television show Fire in the Hole was also filmed here in Layton. 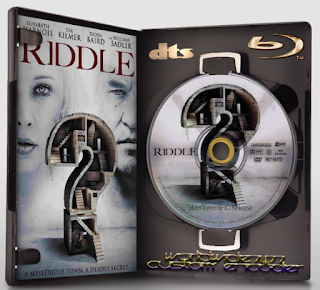 As Brownsville was used as the setting for the town of Riddle, we recommend checking it out. But be warned, despite the local connections, its ...well,pretty bad.

Back to The Silence of the Lambs.The house that was used for the residence of fictional killer Buffalo Bill is located just down the street. It is beautiful and has been in the news lately as it is for sale. Evan and I wished to respect the privacy of the current owners,so we only snapped a few pictures and short video. We  wondered if the bridge location was chosen first and then the house, or the other way around? If anyone knows, please,chime in. The thing that caught my eye is the old bus/shed in the yard across the tracks from the house. I remember it well from a short scene in the film. It struck me as 'something you would see around here"...when actually it was! 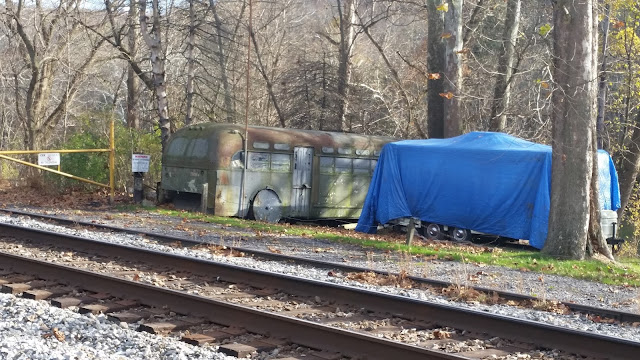 Capture from the movie 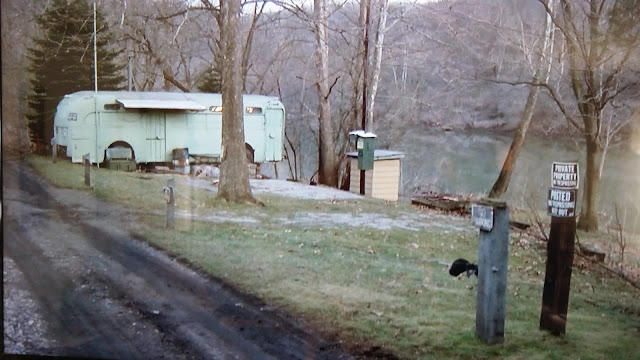 My attempt at the shot from the movie  (from memory...not too bad...lol)

Had we known we were going here, we would have prepped our info a little more, but our best stuff is usually off the cuff. Hope you guys enjoy this post and please feel free to comment with any more info. Its good to be back....more posts to come...soon!

Posted by chippertheripper at 9:58 PM 3 comments: