Disclaimer: This post is in no way intended to show the Washington Mall, its current owners, management or tenants in a negative light.

The plight of the American shopping mall is well documented on the internet. Sites like labelscar.com and deadmalls.com not only document the fall of the mall from its former glory  but also study the socio-economic factors which cause and result from the closing of our beloved malls. Most all of southwestern PA's malls have seen tough times. Some, like South Hills Village are hanging tough while others, like Fayette County's Laurel Mall have been re purposed as a weekend flea market. It would have been hard to imagine back in the 1980's that a mall would  be basically abandoned, but it is more common everyday.
To get an idea of the ultimate dead mall Google 'Dixie Square Mall'. The recently demolished mall was the home of the famous car chase scene in the Blues Brothers movie. Most people don't know the mall was actually closed a full year before the movie was filmed. The mall was made up to appear active for the filming then was literally left behind. Made famous by fans of the movie, its slow multi-decade demise was well documented with entire websites dedicated to the rotting mall.

Today, we ventured to the Washington Mall at the junction of interstates 79 and 70 in Washington, PА. The mall was built in 1968 and has, until the past several years, been a busy center of commerce in the area.  The movement of the JC Penny's to the ill-fated Foundry shopping plaza on nearby route 19 seemed the beginning (or end, depending on how you look at it) of the malls hard times. Although the Penny's eventually moved back into their former 3 level mall store, it seems it was too late. Most of the tenants had closed up shop or moved on by then.
The decline of this mall was, too, well documented on the web.  If you read the replies to the post on labelscar.com about the Washington Mall, you will follow the decline.  One story even tells the tale of a would-be explorer being chased off mall property and down the road by an over zealous security guard (insert your Ben Klingston or Paul Blart joke here!).
We had read both newspaper and internet accounts of the Washington Mall's poor condition and figured we need to document the mall and save the memories. Fortunately, we found the mall was not as bad as reported. It seems to us that some sort of clean up is in progress. The falling ceiling tiles had been removed and the mall seemed mostly clean, although still empty. There were no renegade security guards and other than a small plastic fence, the mall was easily accessible.

If you choose to visit the mall, cross the fence at your own discretion. If renovation is being attempted at the mall, we doubt they want folks strolling through work areas. Hopefully, this post brings some positive attention to the mall. If not, at least we saved some memories! 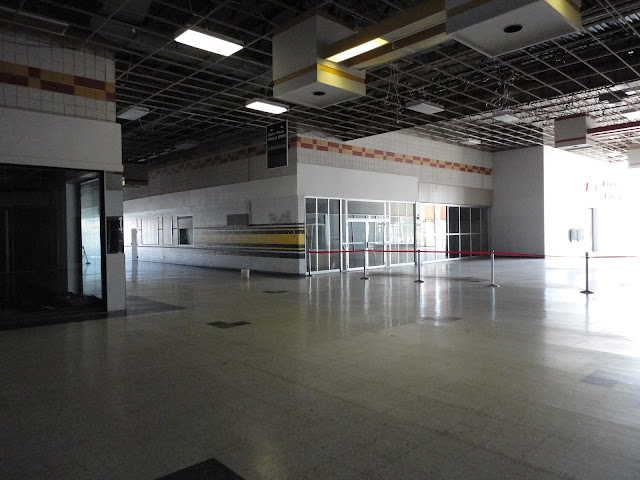 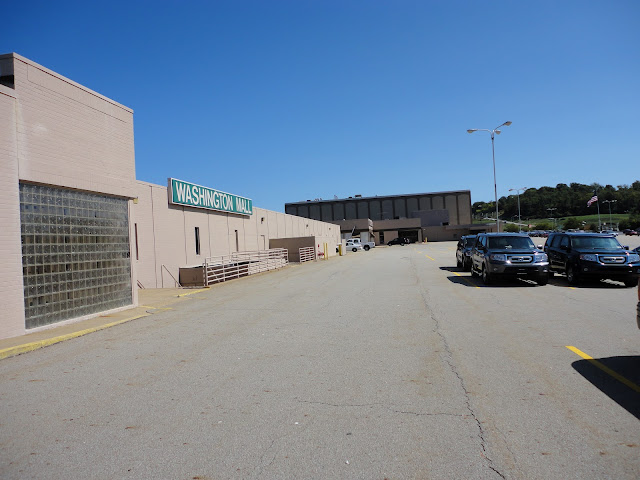 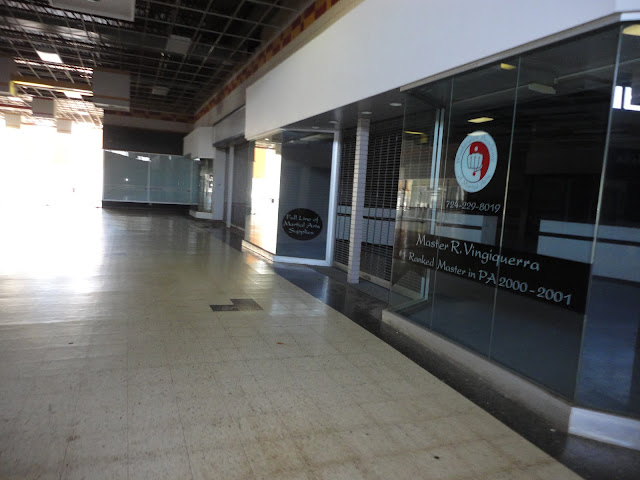 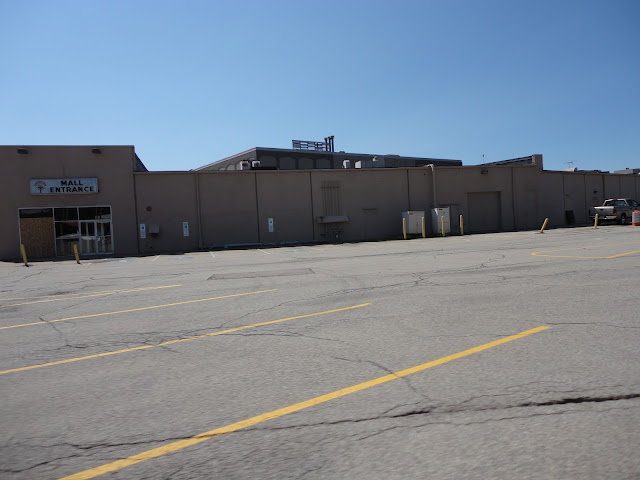 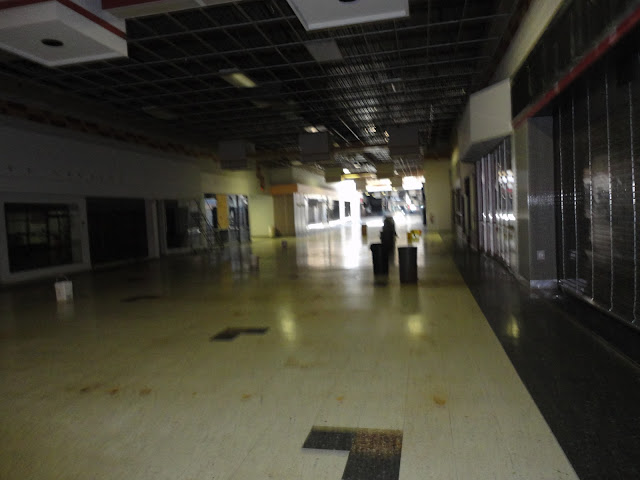 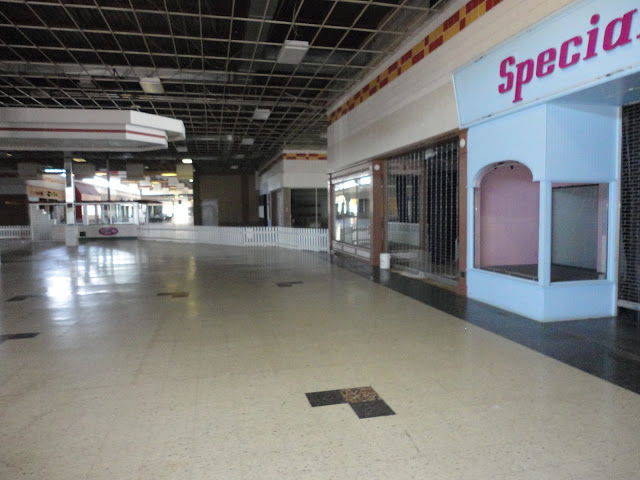 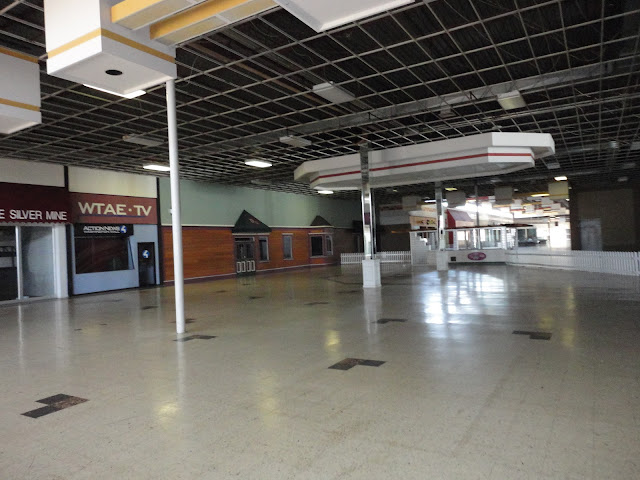 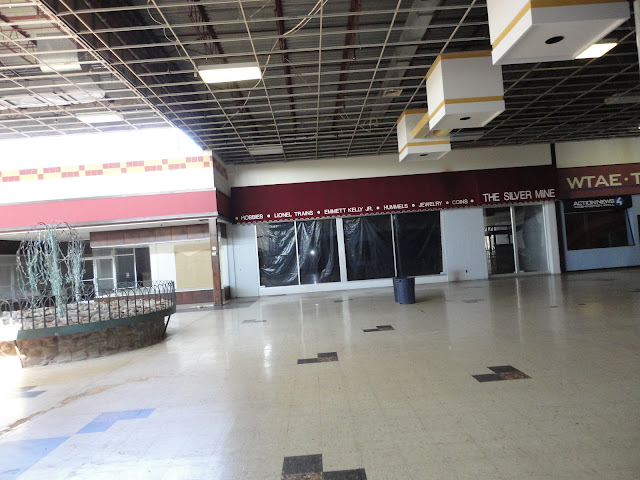 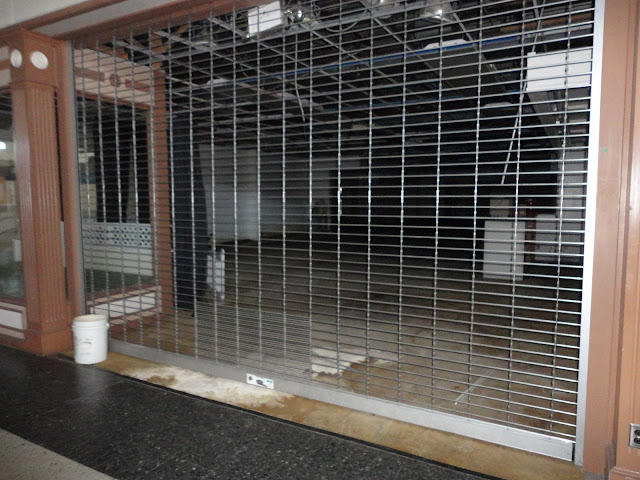 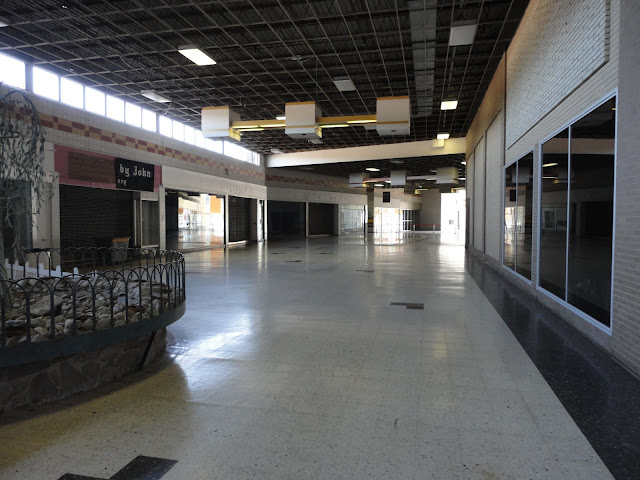 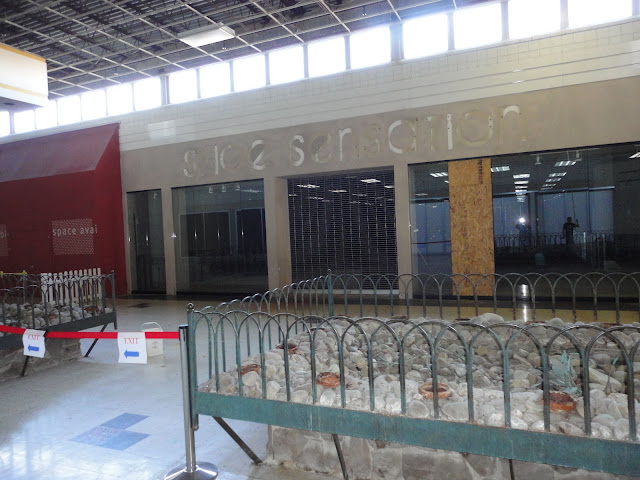 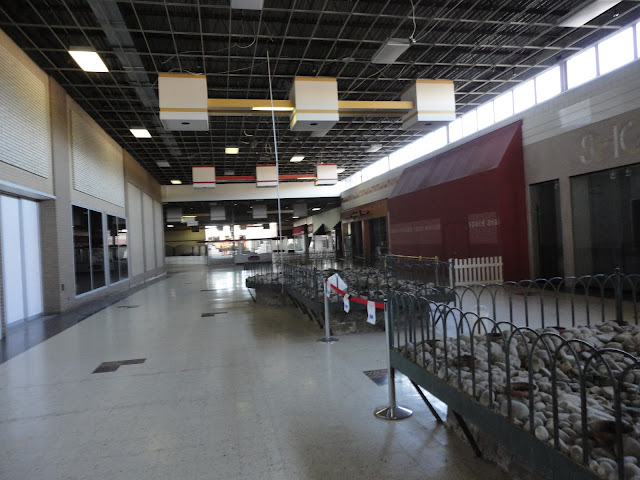 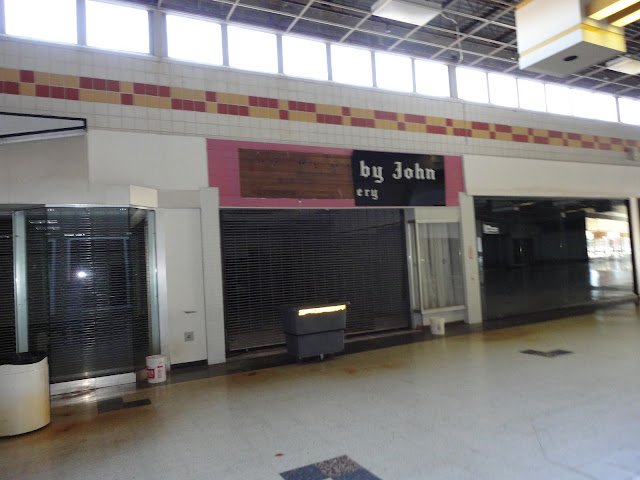 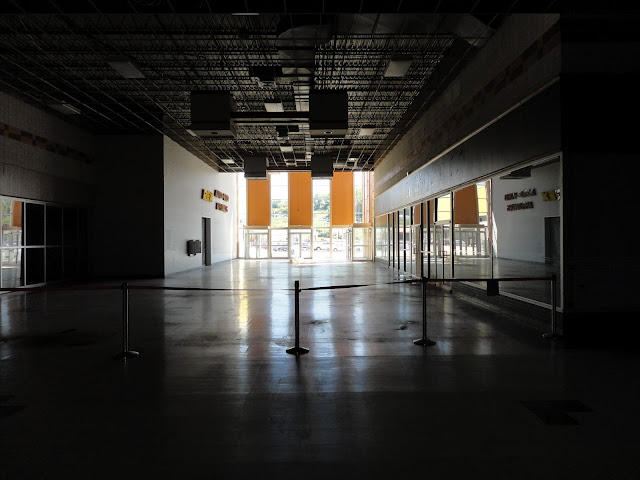 So just an update as of April, 2014.  We headed on back, as D needed something from JoAnne Fabrics (which we hear will be gone soon, and moving to a new location), and noticed a few changes.  Our entry point was sealed over w/ a wall......But if you try real hard, you can still get a glimpse inside the mall, just open the door..... 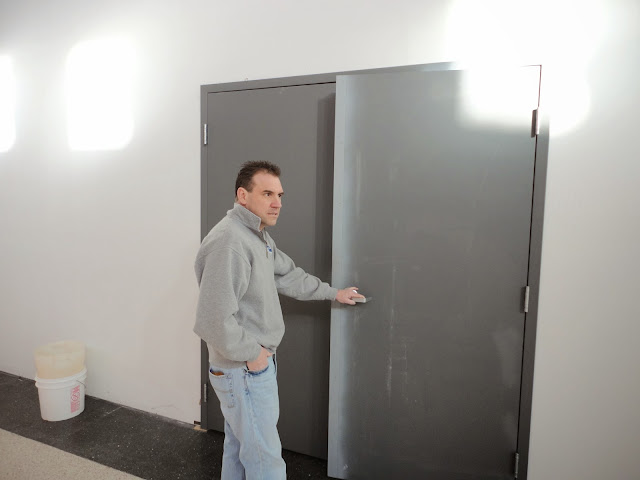 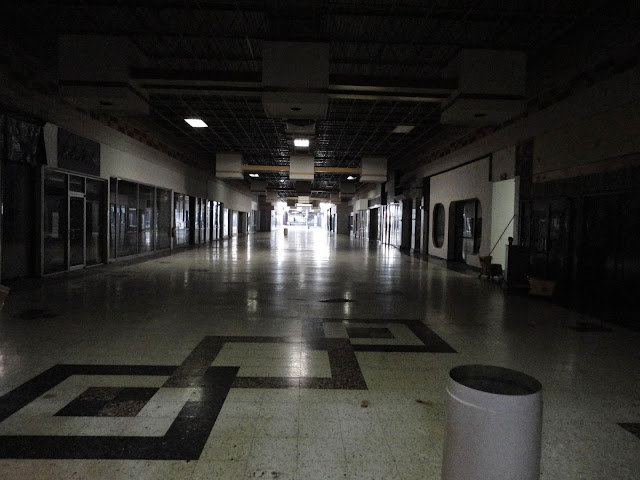 Posted by chippertheripper at 9:43 PM